The peer-reviewed scientific journal “Вестник военного права” (The Journal of Military Law) of the Military University is focused on publishing the results of scientific researches of specialty 20.02.03 – “Military law, military issues of the international law”, as well as other research works, which address legal support for the defense and military security of the state.

The journal is included in the List of peer-reviewed scientific publications in which the main scientific results of dissertations for the scientific degree of the Candidate of Sciences and the Doctor of Sciences should be published (for legal and military sciences) on January 31, 2018: 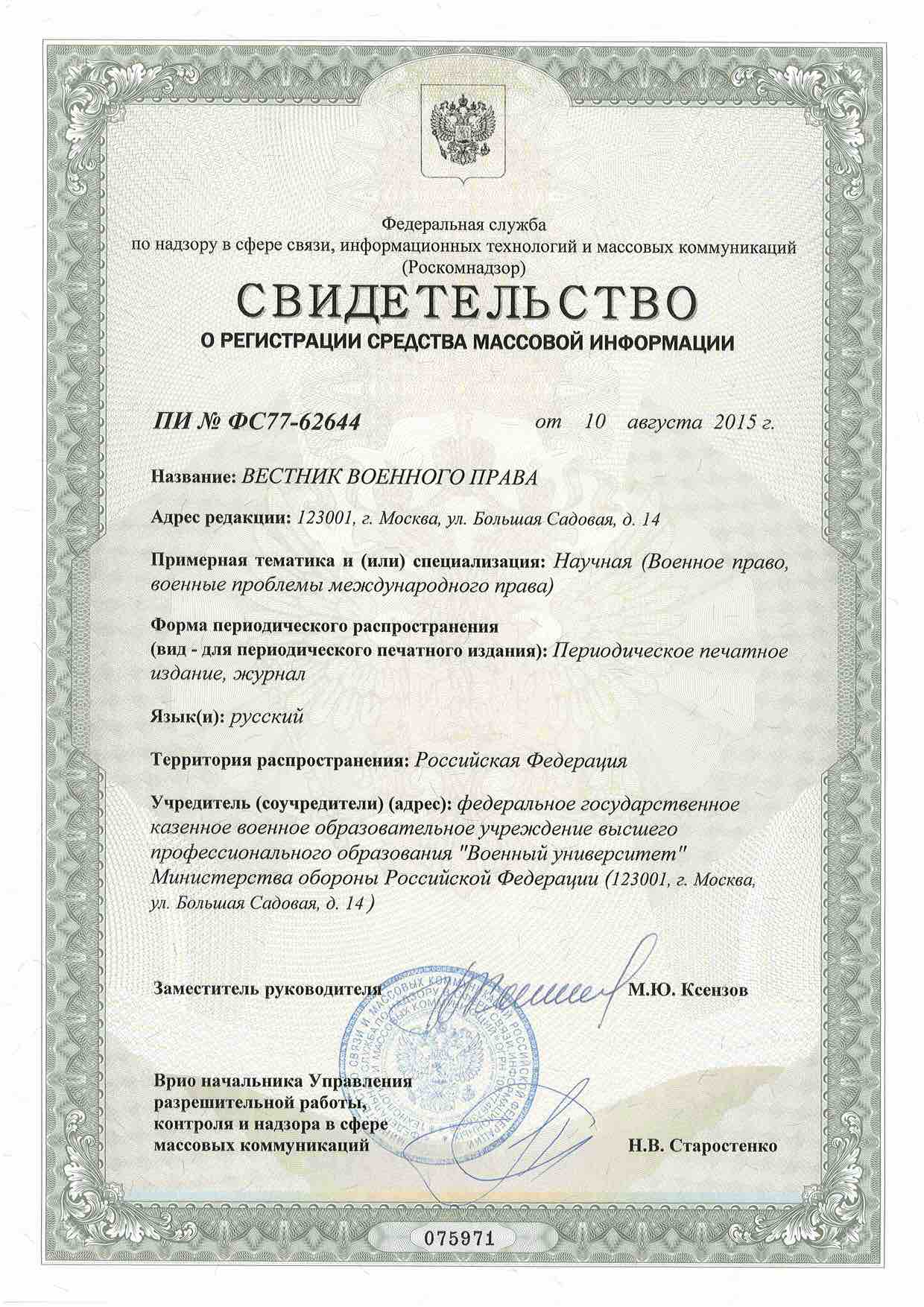 Distributed in the Russian Federation

The magazine is publicly available

Founder, publisher – Military University of the Defense Ministry of the Russian Federation